Last weekend, VERON held her VHF-and-up contest together with other radio societies throughout Europe. Since I was bored anyway Ive collected some stuff and went portable for an hour and half. Things didnt go smooth. 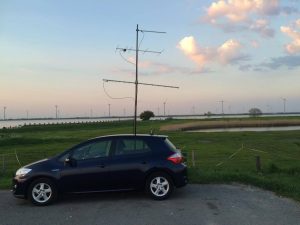 Still, I was able to learn and work some stations, including HB9 with minimum gear. Too bad there are only a very small number of active stations in PA on the higher frequencies. That group includes me due to antenna restrictions but since Ive bought a new house and will move over September / October this year Im able to get some antennas back on the roof and be active on 6/4/2/70/23/13 again.