Last week I’ve received the first hardware to do some comparisons between several wireless links we’re going to roll out in 2015 to create a HAMNET-backbone in the Netherlands. For testing I’ve ordered a Ubiquiti Nanobeam M5 with 40mm dish (25 dBi) and a Mikrotik SXT Lite5 set. Both operate on 5 GHz only and should be capable of using the 6cm (5650-5850 MHz) band depending on the country settings. 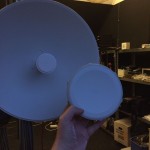 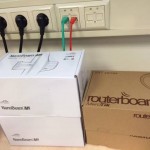 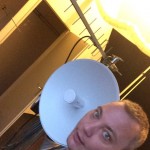