Very good tropo conditions towards North-East. On 144 MHz I worked stations 1580km away (see this post). During the NAC, I managed to work 55 stations in 27 grid locators. ODX: SE6R (JO58RG) 779km and ended up as best Dutch station tonight. I think for the first time ever during the 432 MHz NAC.

Since the antenna was fixed to 40 degrees I did not work as many German stations . Also I didn’t see any French stations on the cluster. I hoped to work GD (Isle of Man) but almost inaudiable. The same for a GJ station from Jersey. 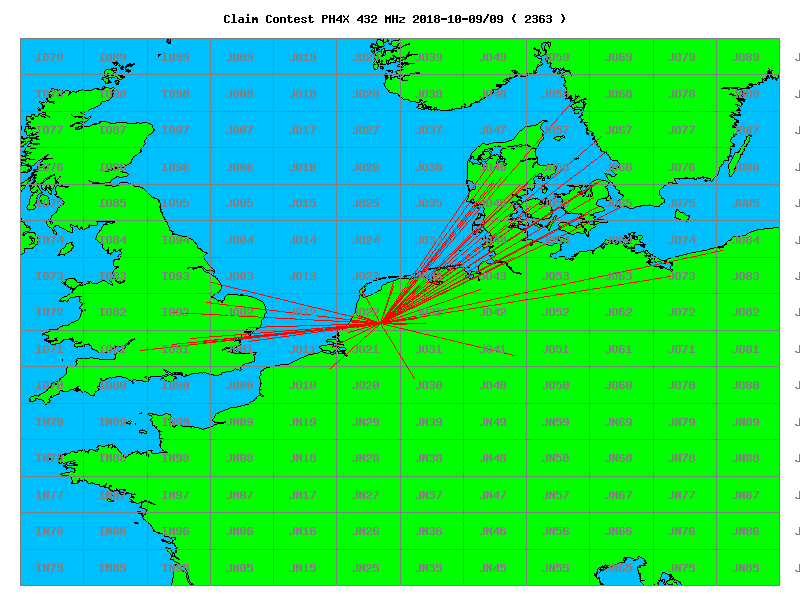