Peter (PA3PM) started to do some experiments with the ADALM SDR. This type of SDR is available for about $100 and capable of transmitting and receiving – even full-duplex – between 70 MHz and 6 GHz with a bandwidth up to 56 MHz. It’s capable to make DVB-S (and DVB-T) transmissions out of the box.

This week I’ve received my box. Within half an hour I was capable to produce an image on the PI6ATV repeater using the 1265 MHz DVB-S input and an old webcam. This is done with the native 0 dBm (1 milliWatt!) output of the SDR connected to my 120cm dish. I do have to note that there is a line of sight with the Gerbrandy tower more than 30 kilometers away.

Next is to amplify the signal using some RA18H1213G modules (18 Watt FM, 3 Watt DVB) on 23cm or some 3G modules still on stock for 13cm. And… more important, to filter the signals since the SDR will create harmonics. 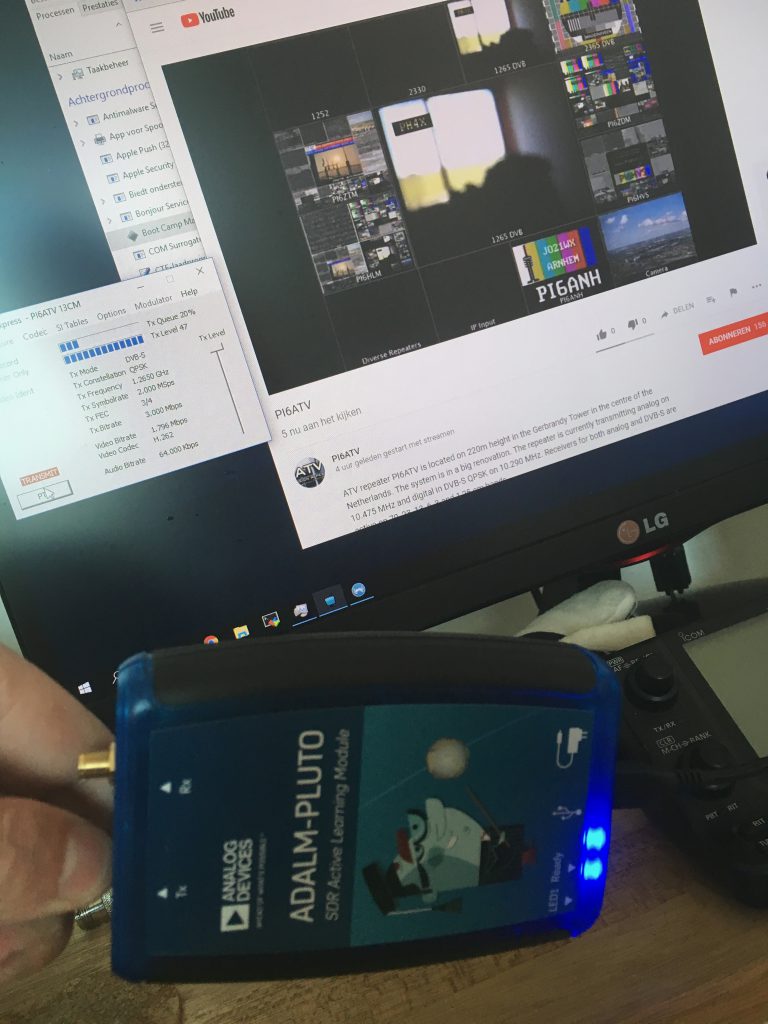